Europe's largest Hot Rod & Custom show is on this weekend at Old Warden Park, near Biggleswade. Using the rolling lawns as the show field, it features some of the best cars the UK, and Europe, can offer - plus a load of 'other choices'.

This year's special guest is US rodding journalist Jay Storer, who writes for Street Rodder and The Rodder's Journal, as well as racing at Bonneville, El Mirage & Muroc.

Also appearing this year is the Wall Of Death

Last weekend Red Bull took over London's Ally Pally for their downhill Soapbox Kart race. Amongst the 70 teams entered was Team Hippy Split Camper Van. The team was led by L'E'N irregular Tony Chamberlain, along with Manda (his Other 'Alf), Marco Leao (L'E'N) and Geoff Williams (SSVC). Their weapon of choice? A scale model of Tony's rat-look Splitty camper. 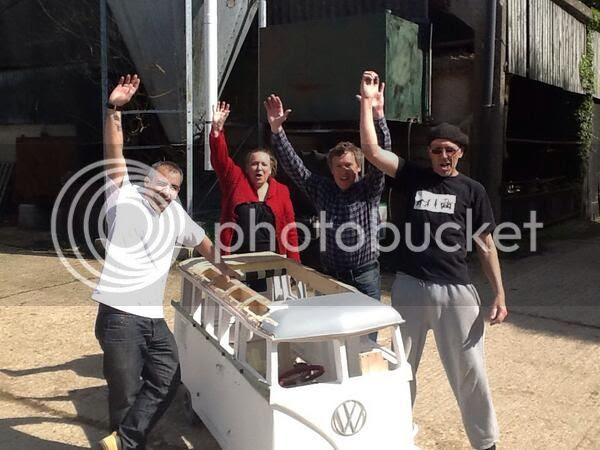 Team Hippy Split during the build 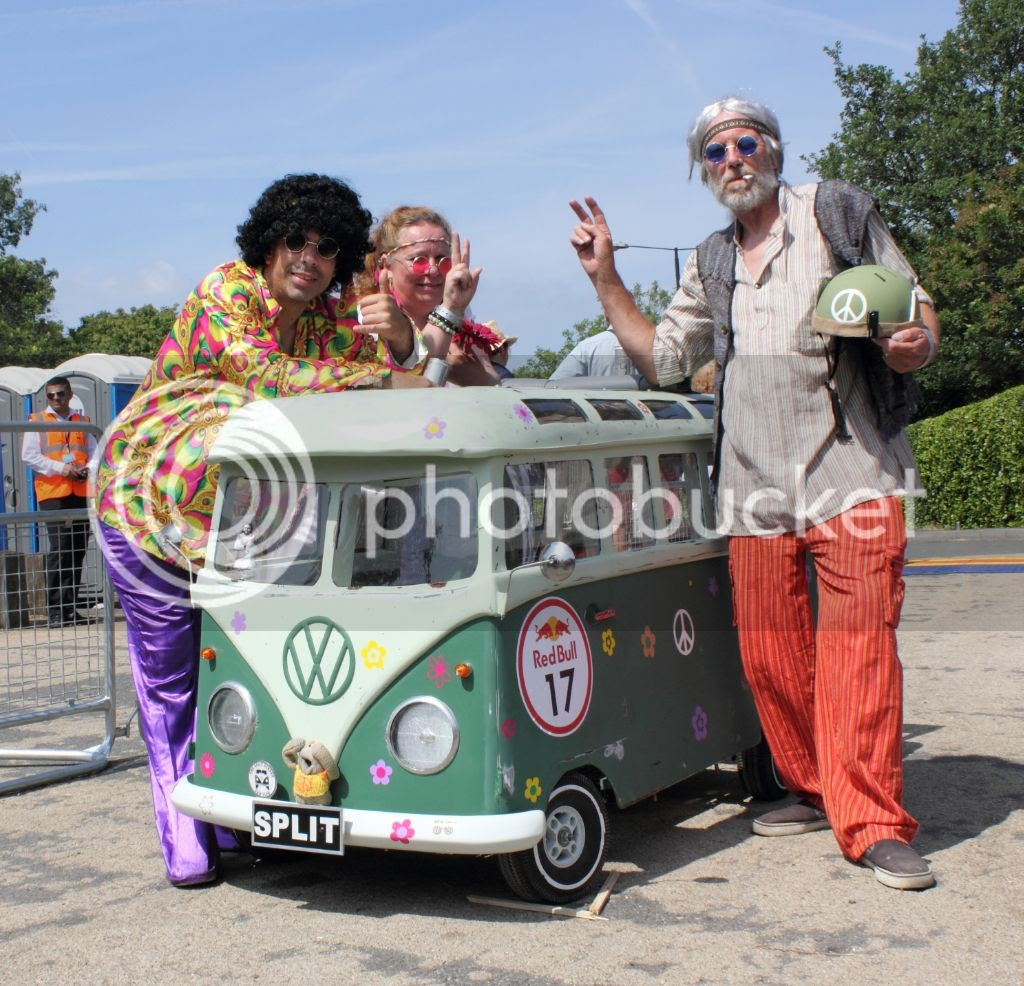 The course was approx 500m featuring corners, jumps, steps, a chicane and the dreaded Kicker just before the finish line. This last obstacle was to prove the un-doing of many a carefully crafted vehicle.

Unfortunately, Tony landed heavily on the LHF wheel, knocking it clean off.
He continued on 3 wheels, leaning back over the RHR wheel, but the Kicker showed no remorse... 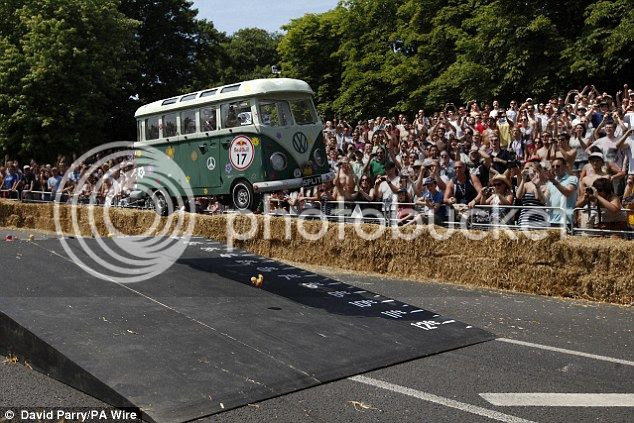 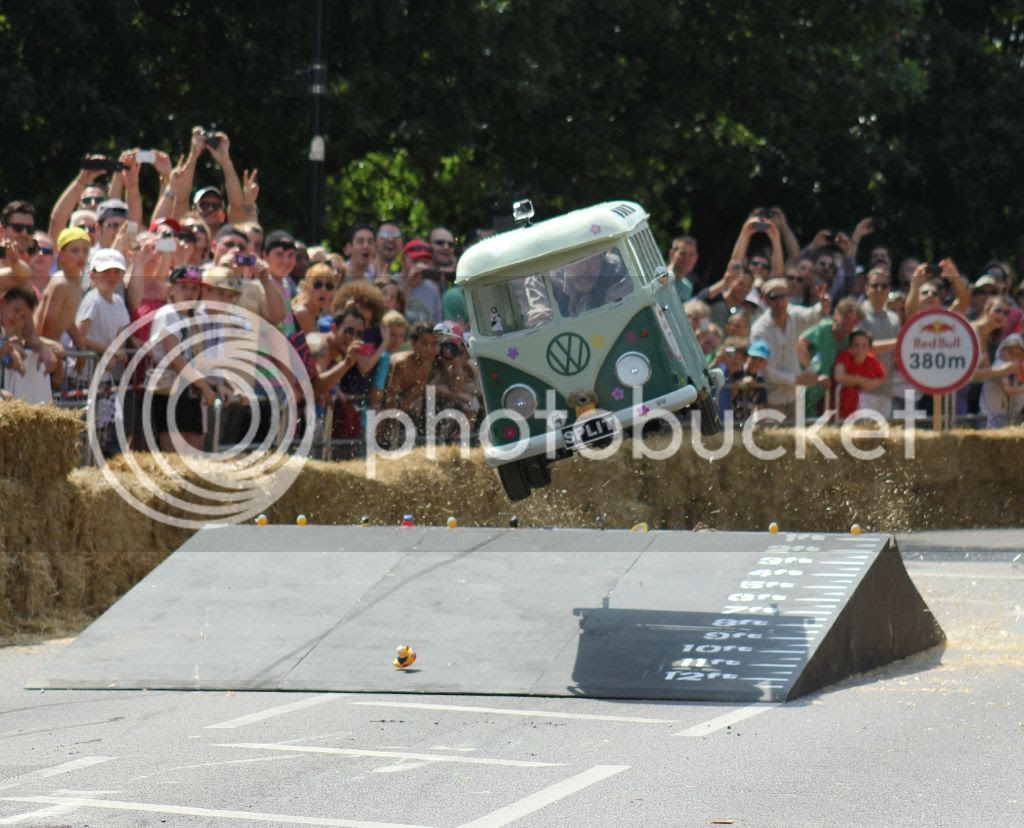 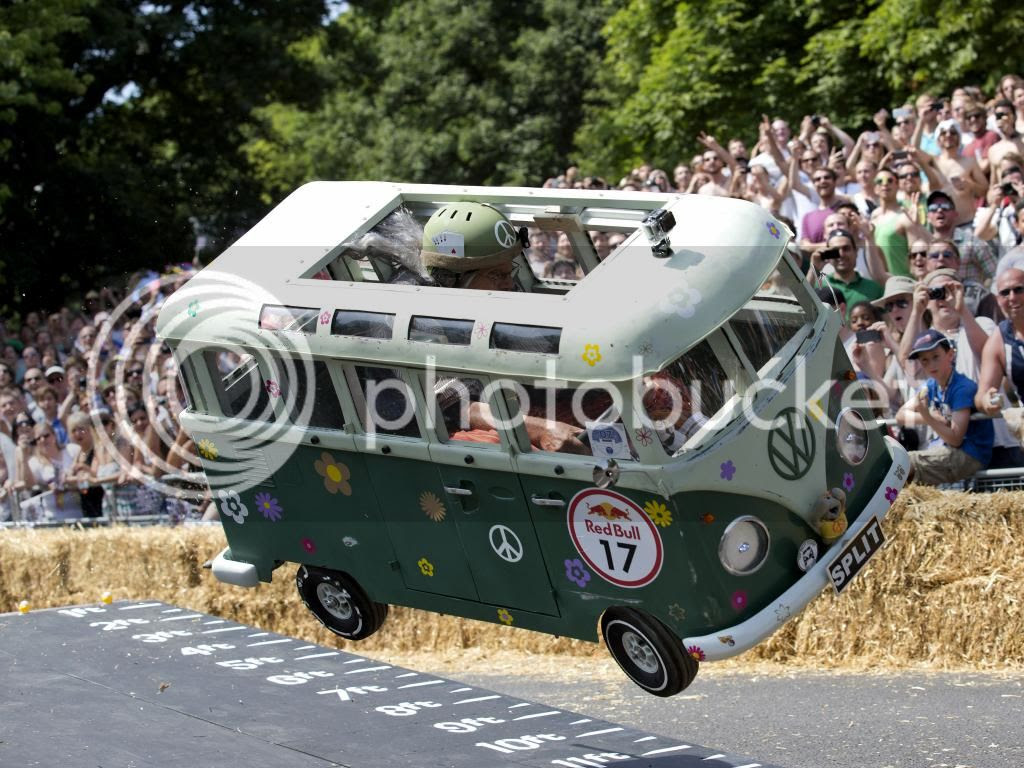 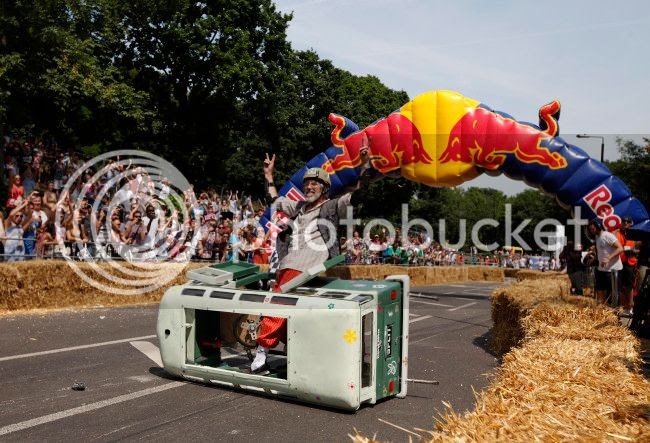 Seeing as Danny MacAskill was one of the Soapbox Race judges, here's his latest film Imaginate

Bug Jam is nearly upon us and we're...

The CVWOC Jamboree has been on the show calendar for many years, in fact it was ginga and Moog's first weekend VW show wa-a-a-a-ay back in 1988 at Pencarrow House. Since then it moved to the Royal Cornwall County Showground (until they built a bypass through it) then the Monkey Tree Holiday Park and is now at the Stithians Showground - in proper Cornish Cornwall instead of that Newquay Emmit Trap nonsense.

Stithians itself doesn't have much but it's close to both North and South coast beaches, the Redruth/Camborne mining Heritage centres and many other tourist attracrtions. For convenience/shopping Helston, Truro, Falmouth and Penryn are nearby.

The show is on the August Bank Holiday weekend which gives us all that perfect opportunity to stay down for a coupla extra days before trudging back to civilization.

Featuring all the usual weekend fare: live bands, Show & Shine, Trader village, bouncy castles and childrens entertainers along with climbing wall and LaserTag. Saturday night's theme is The Wild West - cowboys or Cornishmen, it's up to you.

The site has proper toilet and shower facilities and dogs are welcome, on a lead.
Posted by Lo 'E' Nuf at 15:54 No comments: 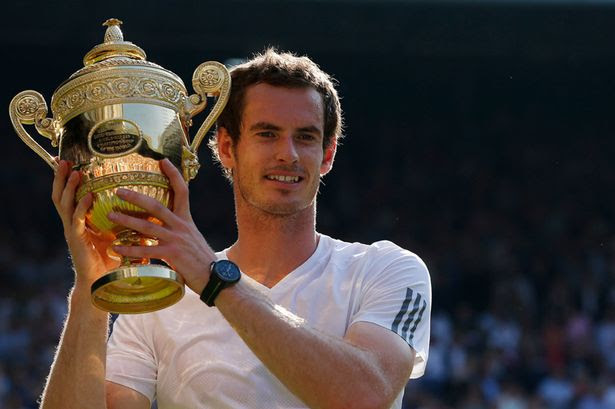