Strange things are afoot in Lo 'E' Nuf. After 2 decades of deliberate abject idleness there is a whirlwind of activity as people, wait for it, work on their cars!

Firstly ginga was so near to registering his '58 that he's had to put it back into storage and start on someone else's.

Next, Ross who decided that although owning a T4 was a good thing, seeing it sit forlornly on his front lawn was a bit galling. The solution? A weekend at Chez Ginga and a blitz on the van.

First up, the mechanical bits - new rad, free off the seized rear drum, and fix the diesel leak. This was followed by the important stuff - new lights, alloy wheels, badgeless grill etc and a colour change to 'gongsta' Satin Black. 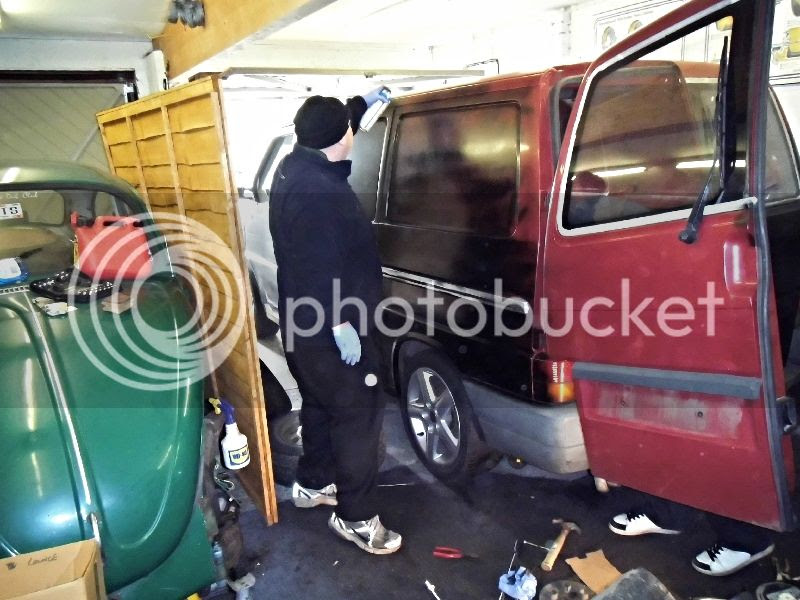 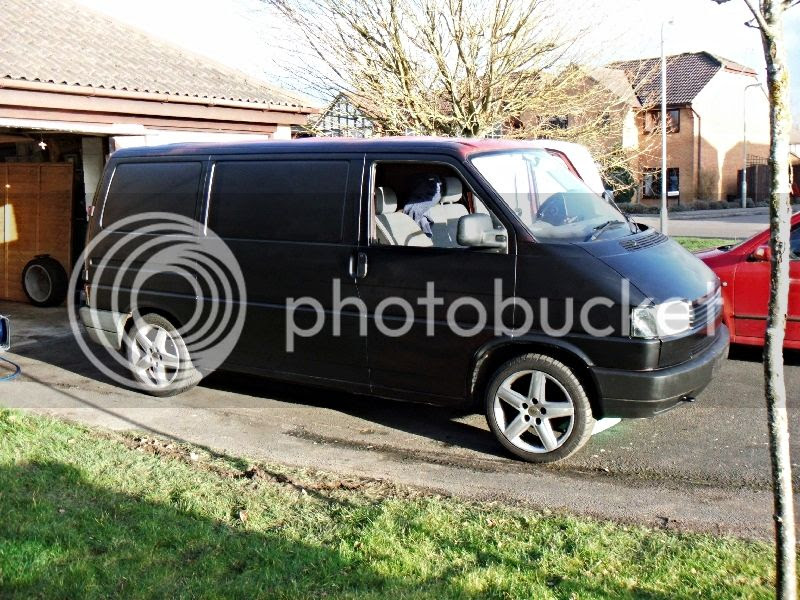 Getting there
It's now back at Blenheim Palace getting a full luxury interior installed.

Next up is Ellie's Angel which Alex has finished painting and is now in ginga's garage for the re-fit. 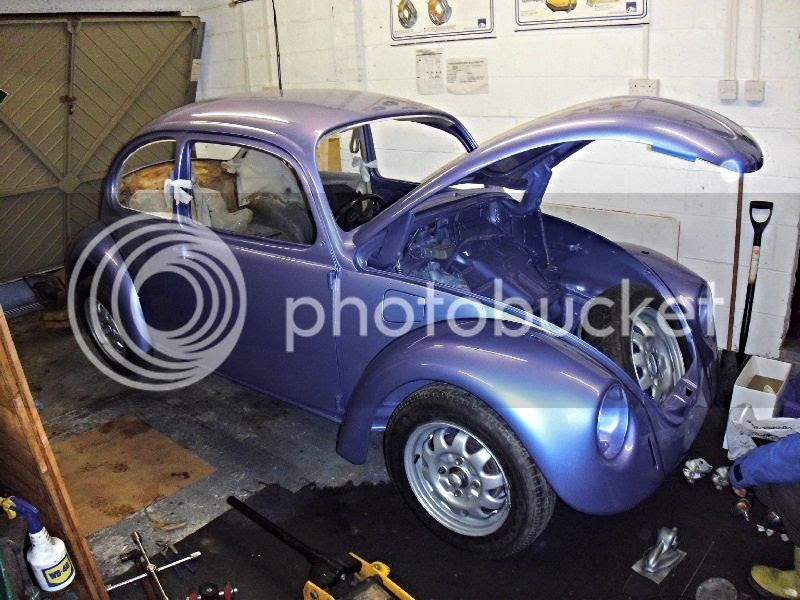 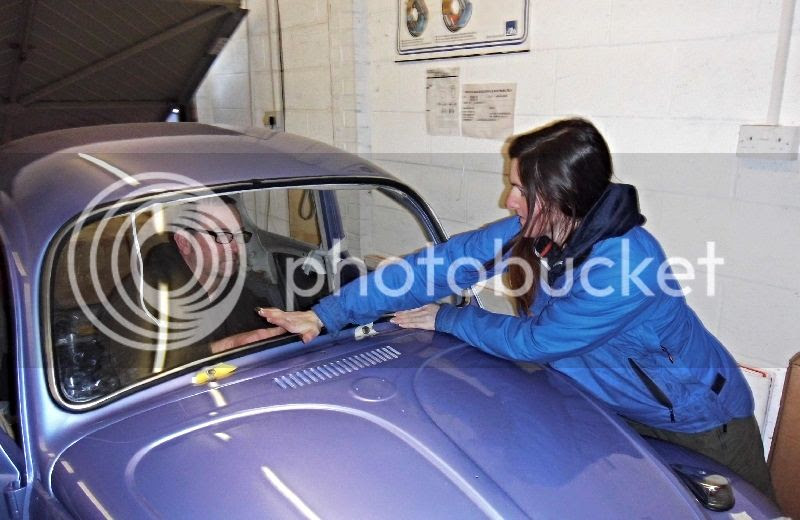 Windows going in, thanks to Pollock for the help 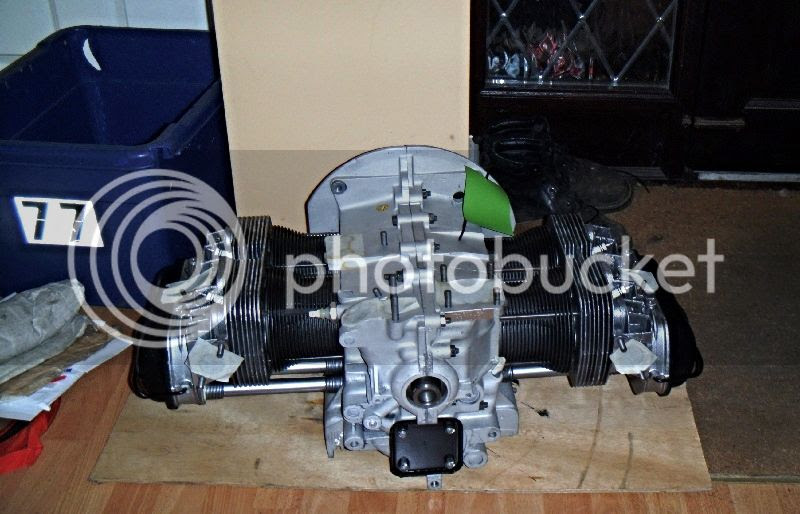 Recon engine waiting to go in 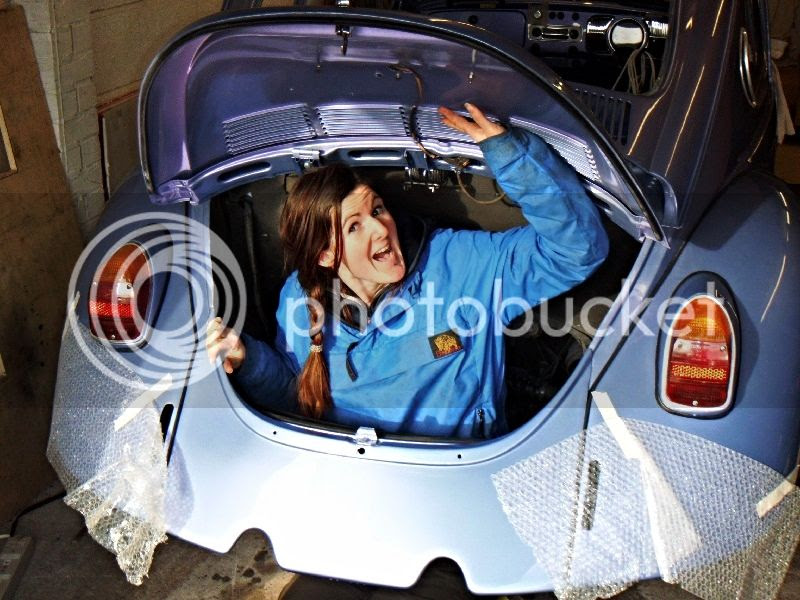 Meanwhile, at the Birkshop, Dan is having his Splitty receive the Cris Touch, digging out and repairing all the surprises whilst Dom does the mechanical stuff. That leaves Dan to cover the important things, like making the steering box and dizzy look pretty and choosing wheels. 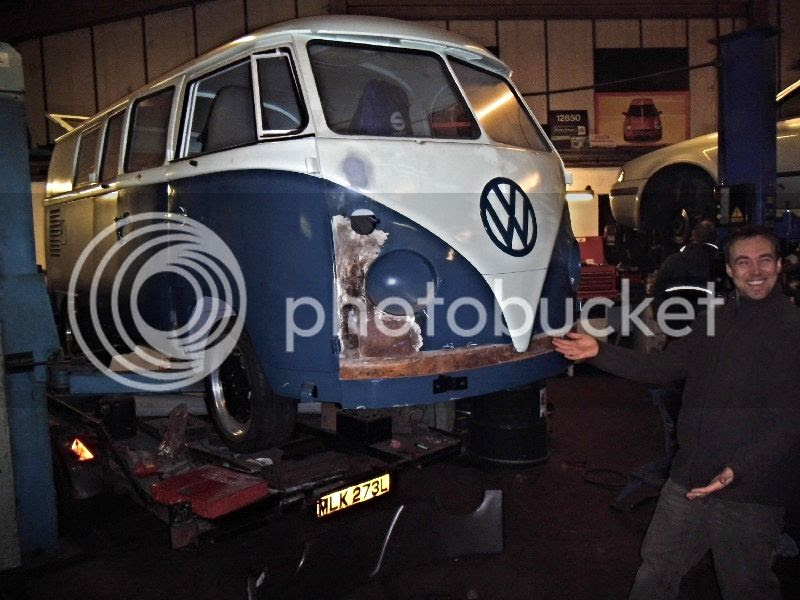 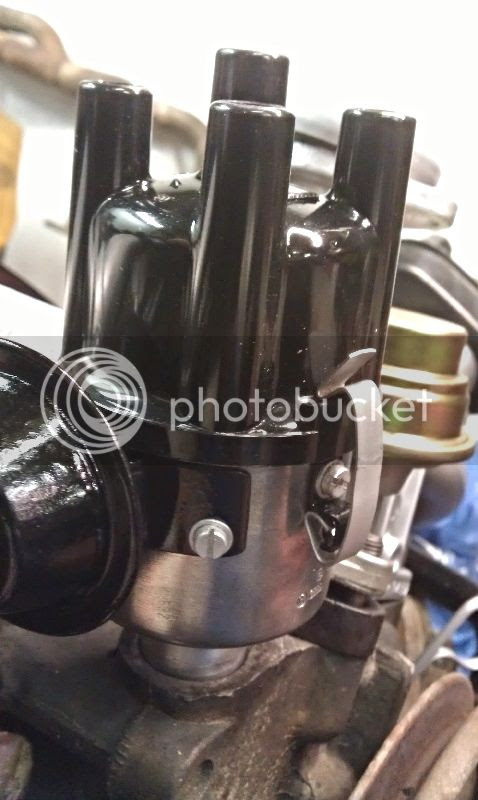 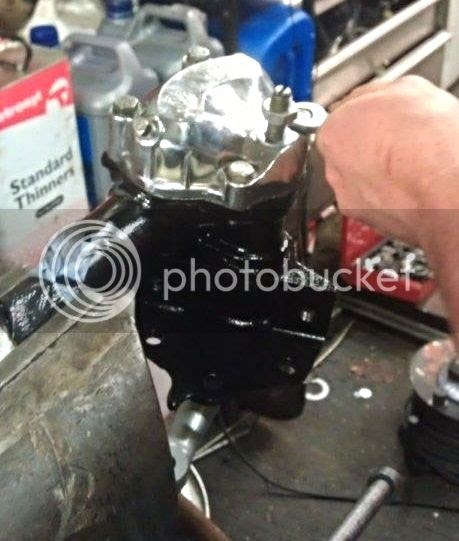 Greg is having his garden shed camper brought back to life. It has all the usual Bay Window rusty bits so Cris is diving in head first. 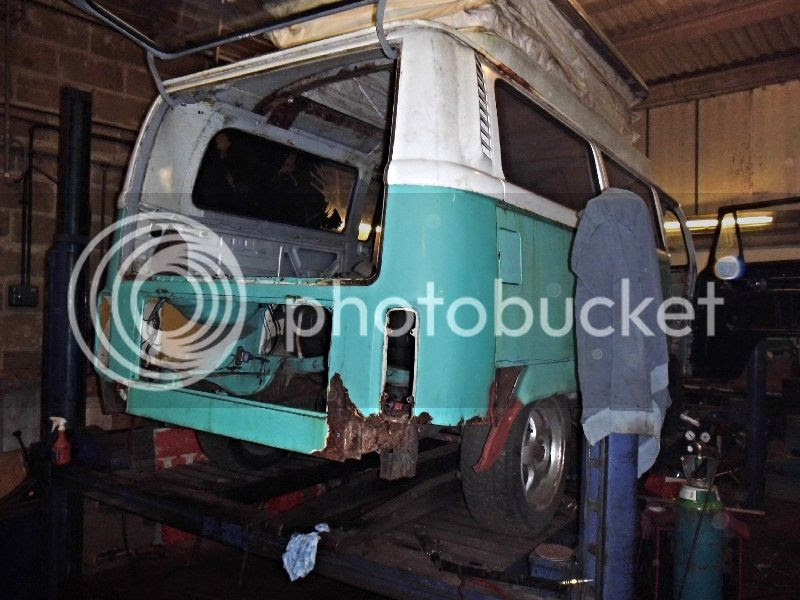 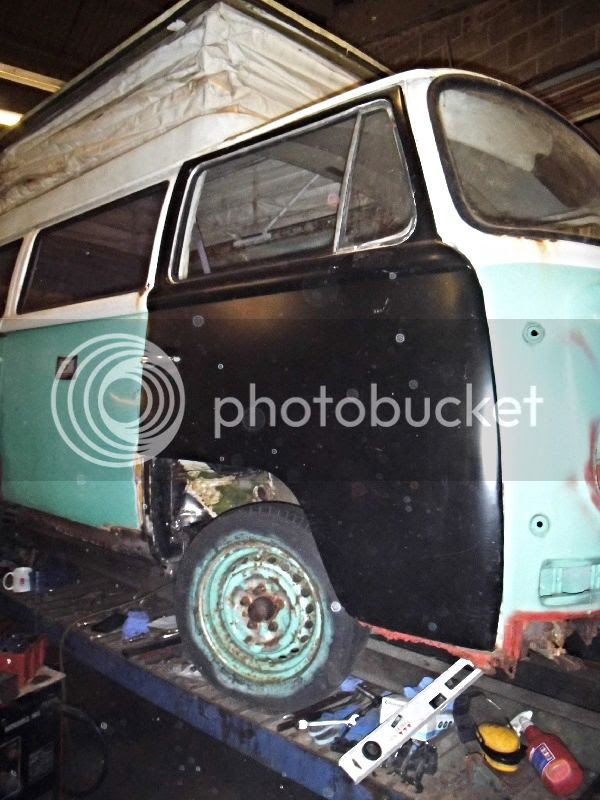 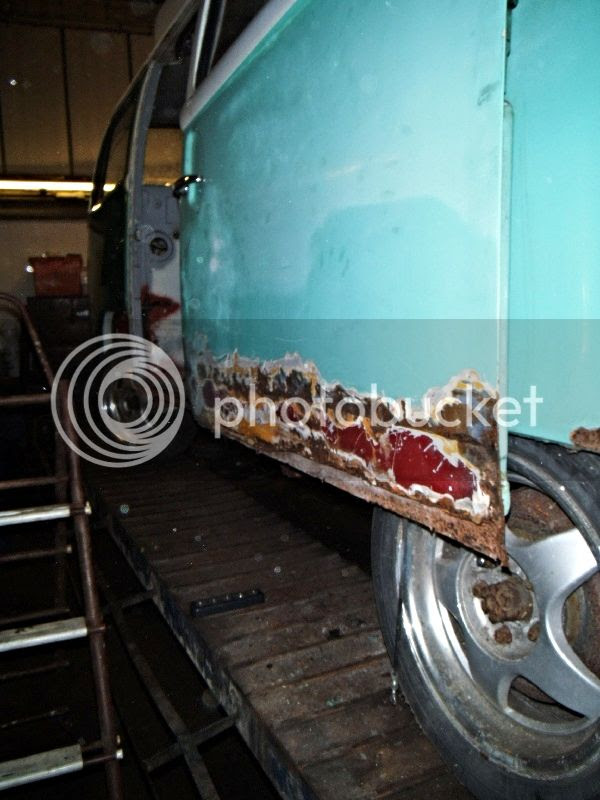 And across the workshop is Howard, starting his Splitty resto by polishing the window frames! 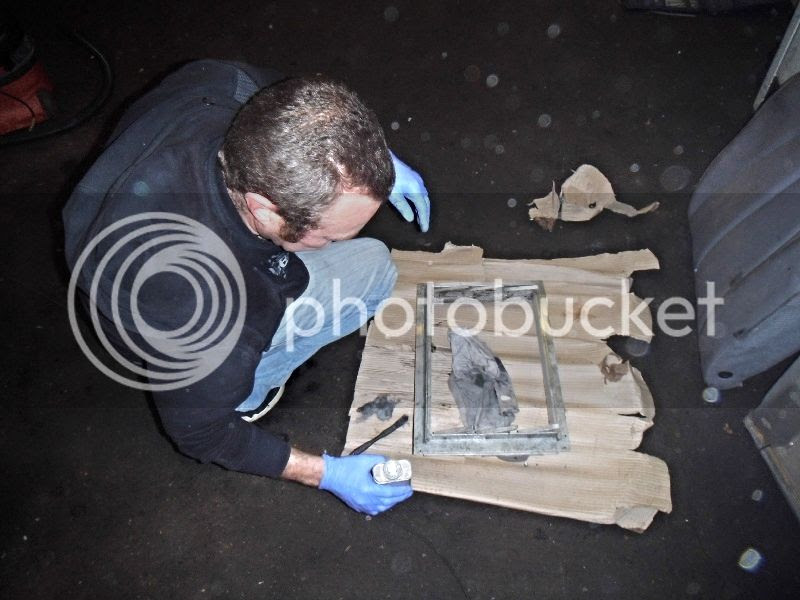 Howard also remembered he actually owns a Beetle and put some hours into that. 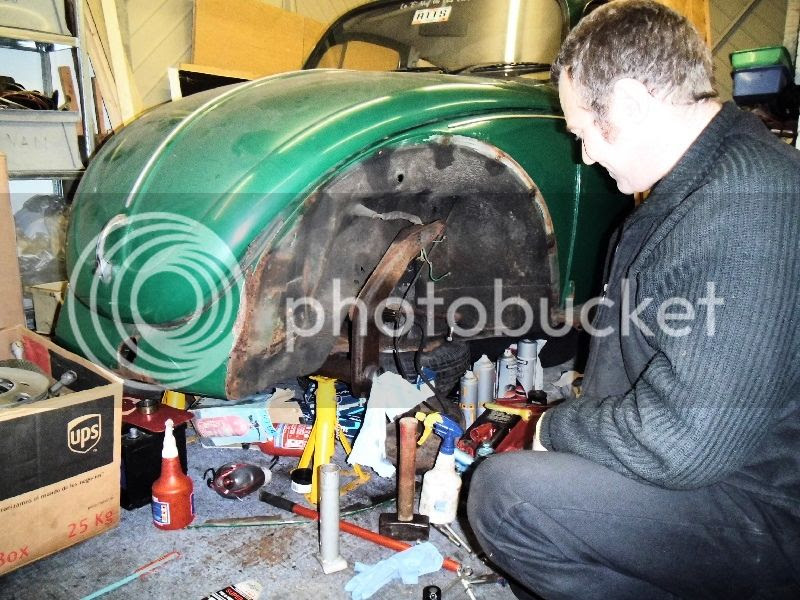 Replacing the beam bearings and bushes 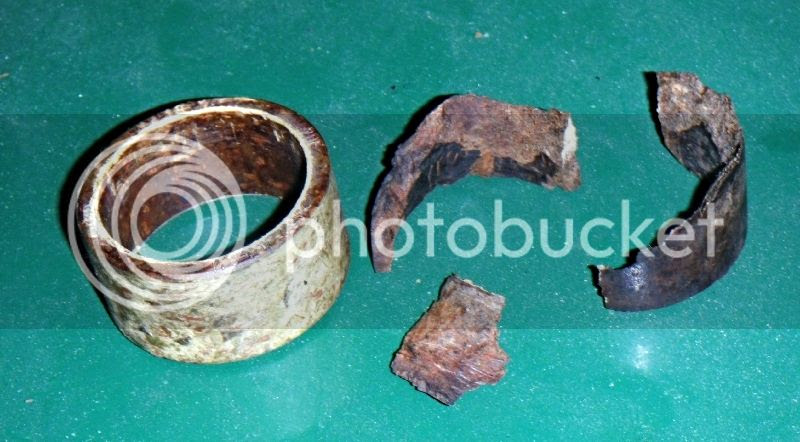 At this rate we'll be driving aircooleds to meets and shows again. Must be something in the water...
Posted by Lo 'E' Nuf at 13:47 No comments:

They Broke My Watch!

Their National Historic Vehicle Register has announced that Bruce Meyer's Old Red, the 'original' Beach Buggy, will be the second vehicle on its books after the Shelby Daytona Coupe.

First produced as a monocoque in 1964 it quickly spawned an entire industry of bath tub on floorpan fun cars as well inspiring the Mexico/Baja 1000 off-road race. 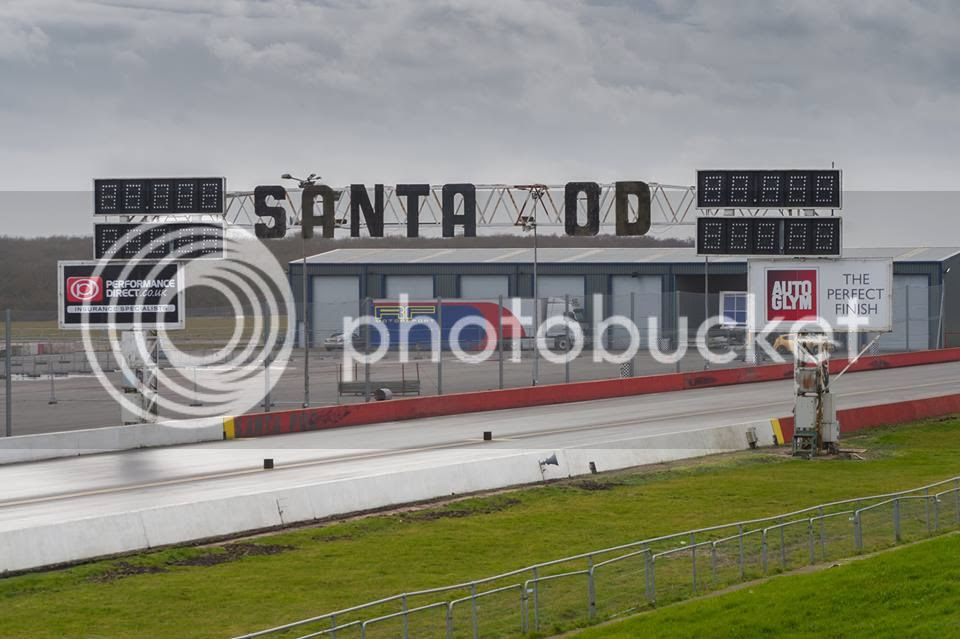